The Time We Spend in School ... 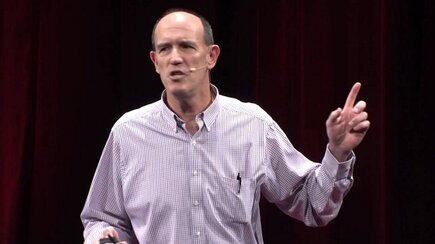 The 650 Words educator series has dropped some pretty serious wisdom on the world. Rai Wilson, Ginny Robinson, Nina Ochoa, Alex Santiago-DiBiaso, Olga Livshin, Rachael Abernethy -- all have looked back at their experience with the kind of perspective and reflectiveness that could only come from teachers.

Grant Lichtman continues this tradition here in a piece that really resonated for me. As I look back at my time in high school -- and college to some extent -- it feels like a montage sequence without a real theme, just a bunch of jumbled up images without a consistent soundtrack. Grant catches that mixed up patchwork of emerging identity beautifully here.

Grant is the great-grandnephew of Francis Parker founders Clara Sturgess and William Templeton Johnson. For about a dozen years he was a senior administrator at Parker and was largely responsible for re-building both the Lower and Upper campuses. His children, Josh and Cassidy, graduated in 2005 and 2007, and are fondly remembered…
Post a Comment
Read more

The Wilderness of Adolescence... 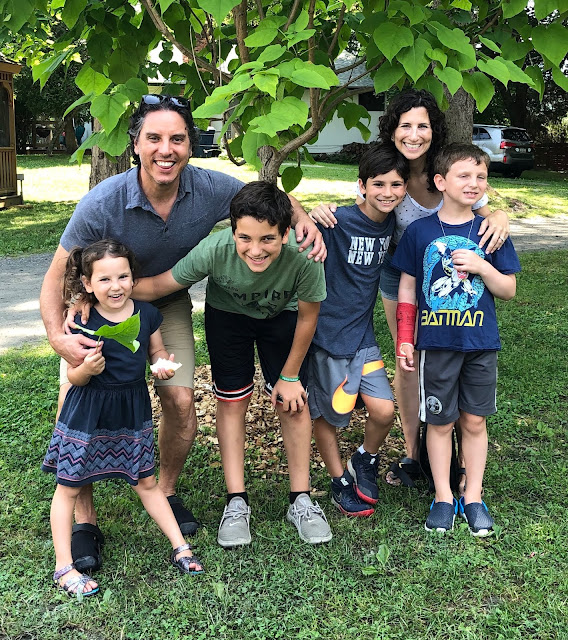 Sara Sapadin graduated from high school in the last century (1996), but it seems like just yesterday we were sitting in Dorm 1 with Karin Rinderknecht working on The Legend (see photo below). The dorms have long since been torn down and The Legend has become The Scribe -- but the memories of those times still live on.

That’s what Sara writes about here. As she prepares to send her oldest son off to high school, she relives her own journey through the wilderness of adolescence and comes out the other side to offer up some good advice.

Sara has been busy since left Parker! She went to college (Harvard), moved to New York City, moved back to San Diego, and followed that up with Rabbinical School at HUC-JIR (Hebrew Union College-Jewish Institute of Religion), where she studied in Cincinnati, New York, and Jerusalem. She now works as an Associate Rabbi at Temple Emanu-El in New York City. She is married to Dan Sapadin and they have four children, ages 12, 9, 7, and 5. 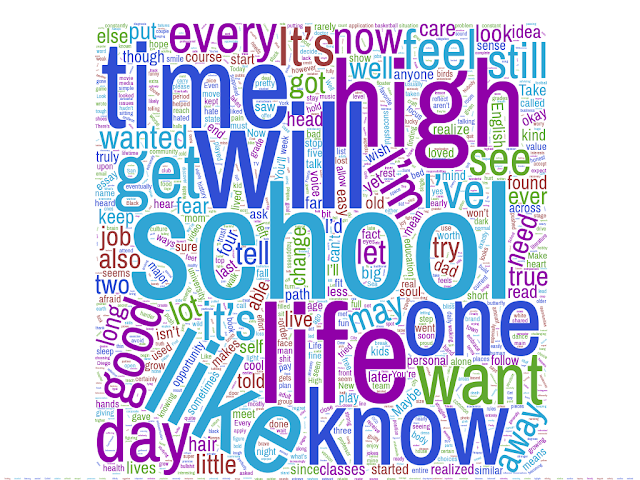 A year ago today, the 650 Blog began with Molly Morrison’s post “Directionless Floating.”

To mark the one-year anniversary, I first made a word cloud of all of the posts that have appeared in the blog.  See above.  The larger the word, the more often it appears in the writing.  Is it any wonder that "school" and "life" are so big?  After that, I went back and read all of the posts with a notebook at my side. I was looking for themes, motifs, common issues and concerns. What follows is a highly subjective list that amounts to “Six Things I Have Learned” from a year’s worth of 650 blog entries. The blog already contains some good lists of this sort: Lauren Lilly’s “Five Things I Thought in High School that Turned Out Not to be True” or Alex Deddeh’s comical “Six Ways to Succeed in College,” or Alex Santiago DiBiaso's “Go All In.” This is my list, what I have learned, and it is complete with links to the referenced posts for anyone who wants to pop around the bl…
1 comment
Read more

Confessions of a floater ... 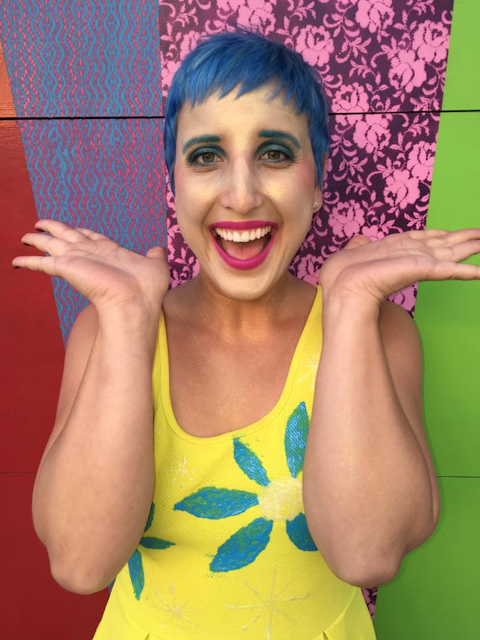 Louisa Frahm graduated from high school in 2008 as a certified floater.

A lot of the posts on the 650 blog make the case for embracing your true self. It’s great advice, but practically speaking it can be a real challenge. How is it possible to “fit in” and “be yourself” at the same time? The term “fitting in” implies that you would make yourself into the shape of the thing that fits -- which in this context would mean emphasizing and deemphasizing specific parts of your personality in different social settings with different people. This is common, natural, and mostly normal, in high school and everywhere else. The problem comes when the desire to fit in becomes your North Star -- and you look in the mirror and nobody looks back … because you are playing a role for everyone.

Louisa writes here about how being a floater can allow you to do an end-run around this need to fit in. Rather than worrying about being accepted by this or that group -- in high school and beyond -- she boun…
Post a Comment
Read more 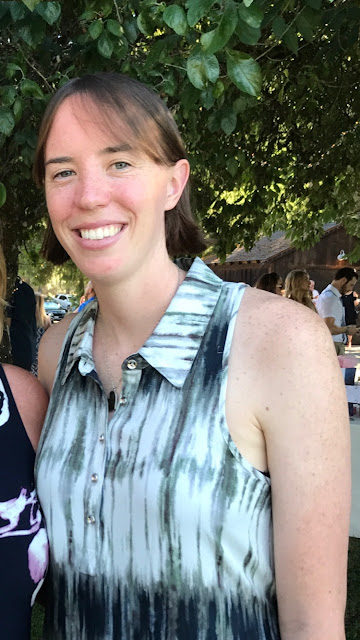 Cassidy Lichtman graduated from Parker in 2007 as the most decorated volleyball player in school history. She talks about volleyball in her post, but she really gets at something bigger and more applicable to everyone: listening to the voice in your head.

Cass’s piece reminds me of a poem I love, Mary Oliver’s “The Journey” (here’s a link if you’re interested). Oliver writes about the process by which we quiet other voices as we begin to embrace our own identities. “But little by little,” Oliver writes

as you left their voices behind,
the stars began to burn
through the sheets of clouds,
and there was a new voice
which you slowly
recognized as your own.

Cassidy writes about recognizing and then trusting this voice in your head. For Cass, it is a voice that has certainly not led her astray. After graduating from high school, she went on to Stanford where she graduated in 2011 with a BA in Political Science and an MA in History. In terms of volleyball, Cass has achieved just about everythi…
Post a Comment
Read more 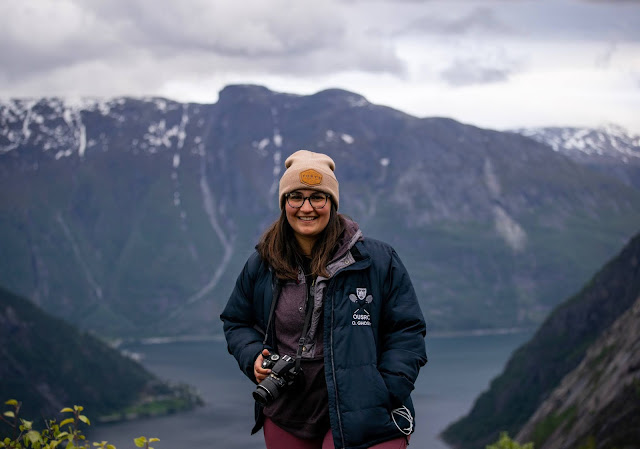 In 2015 the senior awards ceremony was the Olivia Ghosh Show. A fantastic student who had earned the respect of teachers in all disciplines, she walked away from that assembly with a stunning array of medals, plaques, and awards. With a perfect transcript, a wagon full of trophies, and an acceptance letter from Columbia, Olivia had more external validation than she knew what to do with. Everything was perfect.

Things weren’t perfect. Olivia’s post is all about the “yet.”

I will let Olivia tell her story, but I am struck by how many of our Superkids have struggled and continue to struggle. To the world, they project confidence, self-awareness, even joy. Behind the well-practiced smile, however, they are often engaged in intense struggles with loneliness, self-worth, and depression. Look back over the 650 blog posts. A good number fall into this category (see Natalie Schmidt, Rickey Leary, Emma Moore, Victoria Ralston, Molly Lavin for a few examples).

Learning how to adult... 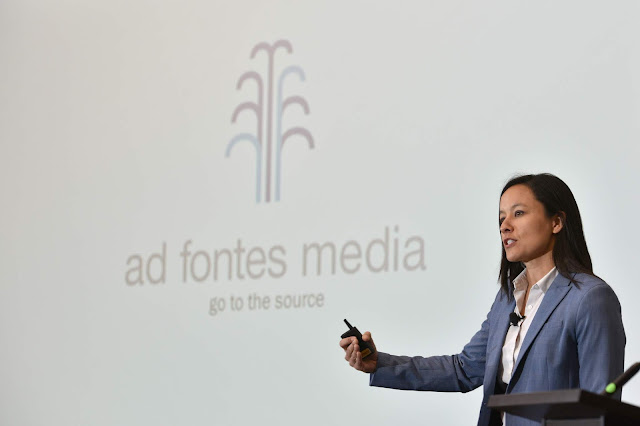 Vanessa Otero graduated from high school way back in the last century (1999). She was in my first-period AP Language and Composition class where she stood out for her sense of humor, levelheadedness, and analytical insight.

Her post is about “adulting” and one of the things she talks about is taking advice from the right people. My first thought here is that Vanessa would be a really good person from whom to take advice. Why? Because in twenty year’s time Vanessa has chalked up a lot of life experience.

Vanessa graduated from UCLA, where she earned a degree in English. Since then she has changed direction a number of times. Early on she thought she wanted to go to med school, but instead jumped into the world of sales (pharmaceuticals, real estate seminars) where she worked for several years. She then started taking law school classes at night (University of Denver) and eventually pulled off something that few have the temerity to do: a complete career switch. She is now a patent…
Post a Comment
Read more
More posts